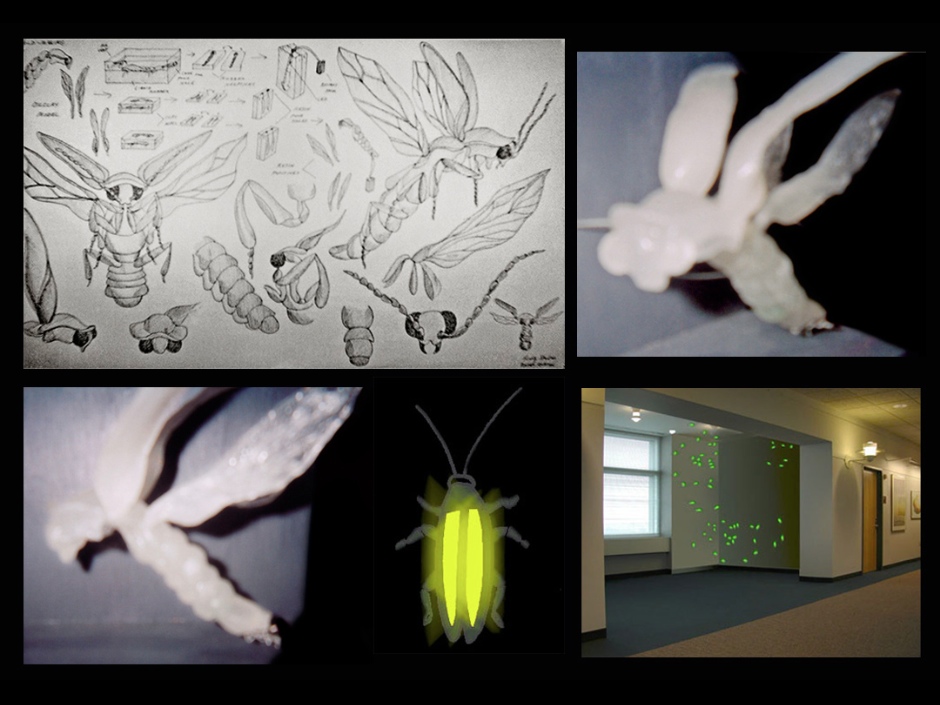 This project was on its way to becoming a site-specific art installation at Boston University's Photonics Center. I've included it here because I still have hope that I will complete this piece! Pictured are some sketches of fireflies, the resin prototype that was originally sculpted in oil clay and later cast in resin from a rubber mold, and finally a mockup of what the sculpture would look like in the space. The idea was developed after learning about light communication. Having grown up catching fireflies in mason jars, I was always intrigued by their bioluminescence. This piece was conceptualized as a motion-sensitive exhibit that would involve LED-embedded clear resin fireflies sending signals to one another when viewers walked into the alcove.

The many resin pieces that were cast separately and needed assembling 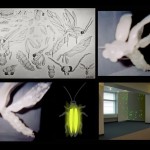 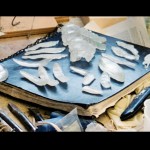